Jane McCallum, President of the Austin Suffrage Association in 1915 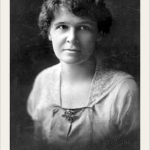 She was also a founder of Austin area League of Women Voters, and she led Petticoat Lobbyists (Joint Legislative Council)  in campaigning for Dan Moody as Texas governor.

Mrs. Grace Delano Clark was awarded Most Worthy Citizen by the Austin American for her work in establishing Austin’s first library.

Mrs. Flora Arrowood,President of the Austin Branch in 1936-37 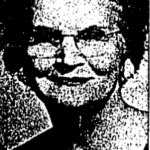 Mrs. Flora Arrowood, President of the Austin Branch in 1936-37, headed civic drives in Austin in the 1940s, campaigning for better schools and the creation of what is now Mainspring Schools, for passage of bonds to get Brackenridge Hospital accredited, and for adding Bookmobile services for the Austin Public Library.

She also received an award from the Texas Institute of Letters for her translation of Verses on Death by Helinand of Froidmont.

Often called a trailblazer, Carole Keeton’s public service in the elected arena in Austin and in Texas spans four decades from 1972 to 2007 and is full of “firsts”—First woman president of the Austin School Board, first woman president of Austin Community College Board of Trustees; first woman elected Mayor of Austin, (and still the only woman to serve as mayor of Austin) and the only mayor of Austin elected by the citizens for three terms.  While serving as Mayor she was selected “One of the 50 Faces for America’s Future” by Time Magazine and was elected President of The Texas Municipal League representing all the cities in Texas.

Elected to statewide office four times, Carole is the first woman in history elected and reelected Texas Railroad Commissioner and the first woman in history elected and reelected Texas Comptroller.  As Comptroller, her report on our Texas foster care system, Forgotten Children, won a National Public Integrity Award.  Carole began her career as a public school teacher. Her lifelong record of achievement is rooted in her passion for education and public service. She was inducted into the Austin Women’s Hall of Fame in 2013. She currently serves as Executive Director, pro-bono, Austinites For Action and as a lifetime member of The Lola Wright Foundation and on the Advisory Board for Girl Scouts of Central Texas.